I was sitting in bed this morning looking at Twitter on my iPad and saw that CCP had announced something called the HyperNet Relay.  I read through the post, but I was pretty sure I didn’t understand what it was or why anybody would want this, because it sure seemed like gambling, something CCP banned from the game in all forms back in 2016. 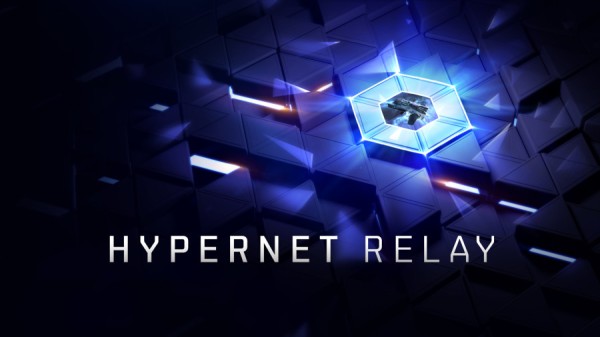 The New Face of Gambling in New Eden

Fortunately Twitter was there to help me out as not one but two CSM members responded to my sleep addled inquiries making clear that this was, in fact, a gambling scheme being introduced into EVE Online by CCP.

The CSM had clearly been briefed about the HyperNet Relay by CCP and had given it their approval, because a few of them were out fronting the feature for CCP on a variety of channels.

When explaining HyperNet Relay, the humble raffle seems to be the preferred metaphor.

That is a nice word, raffle, because it gets used by charities and other good causes which get an exception to gambling laws in some jurisdictions when using it as a mechanism for raising funds.  But make no mistake, a raffle is straight up gambling by any definition I have ever read.

So, gambling.  To say it is anything else is just a lie.

Basically, it sounds like CCP plans to let players set up their own raffles.  The player running the raffle basically buys the permit and the tickets from CCP through the New Eden Store with PLEX, the cash shop currency, and then lists their item.  Players then buy the tickets with ISK.  When all the tickets have been sold, RNG picks the winner.  Everybody else who bought a ticket is out the ISK they spent.

Checking in on the test server, where HyperNet Relay is now live, the tips for what it is show the usual level of CCP clarity… 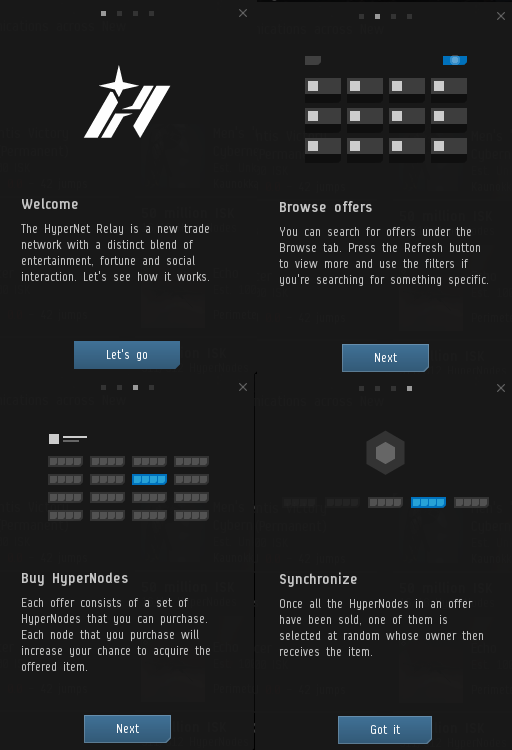 That gets you to the offers window, which has some sample raffles.

Welcome to wealth creation… not your wealth, but somebody’s

As far as bidding goes, the interface seems similar to a mob numbers racket, where you pick a ticket from an array. 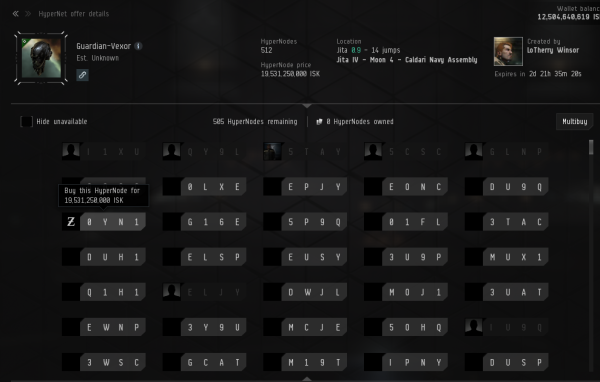 Which one is the luck one?

On the creation side, once you get a HyperCore (this terminology has to be an attempt to stay as far away from gambling terms as possible) you drag an item into the interface and set the parameters of the raffle.

You can set the number of tickets in your raffle… erm, HyperNodes in your… raffle… which can be between 8 and 512, the price per ticket… node… whatever, or the total amount you want to make, which will set the per ticket price.

Looking at some of the raffles people have created, there is still some fuzziness on the idea.  I saw a Nyx listed with the per ticket price about the same as the price of a brand new, fully fit Nyx… only there were 48 tickets, so somebody wanted to sell for 48x the market price.

And, just looking at this, I can see how it will facilitate RMT ISK sales.

CCP’s justification, aside from the usual claim of gambling being fun and enjoyable, is that this will allow players to obtain otherwise very expensive items like rare officer modules without having to blow their budget.  Again, as always with gambling, the emphasis is put on the benefit of the lone winner and not the losses incurred by the losers.

Leaving aside the high ground CCP claimed when they banned gambling previously, I spent some time at EVE Vegas watching CCP Larrikin do his presentation which dwelt for quite a bit on income inequality in New Eden.  You can watch it here if you like.  As with the real world, no matter what happens, the rich seem to get richer.

And HyperNet Relay will be no different.  Despite claims about ISK velocity and redistribution of assets, this will simply make the rich even more wealthy.  Who has these rare and valuable items in their hangars?  Who has the ISK to buy PLEX in order to get their HyperNet Relay Gambling Kit from the New Eden store without spending any real world cash?  And who will collect the ISK from these raffles, where the combined value of all the tickets will more then compensate for the price of the HyperNet Relay and the value of the item being raffled off?

And, on the flip side, who has to use real world cash to buy PLEX to  get ISK?  And who cannot afford these expensive items?  And who will lose their ISK far more often than not?

But it is already live on the test server, which means CCP is committed and the CSM has been briefed and approved of the plan.  The expected go live date is December 10, 2019.

CCP is still eliciting feedback in a comment thread on the forums.  The tide there is running very much against the idea.  But this is an obvious money maker, so I’ll be interested to see if the usual claim that “your voice matters” will ring hollow yet again.  On Reddit things are even more brutal.

And all of this is being dropped into an environment where legislators in various countries are eyeing gambling in video games ever more closely.  At least lock boxes have the fig leaf of everybody getting some prize out of them as cover.  I thought CCP was being smart back in 2016, covering themselves from possible legal trouble.  Now we have this.  We’ll see if EVE Online has a high enough profile to get called out for this.

No matter what, I suspect that this story will run for a while.