With the Crucible Expansion, nebulae were not the only things to get graphic updates.  The trusty Raven, and its navy issue counterpart, both got cosmetic makeovers.

EVE Online history goes back to 2003.

This will be the third “look” for the Raven since I started playing the game.

Way back before the Trinity expansion, when premium graphics were introduced, the Caldari Raven Navy Issue looked like this. 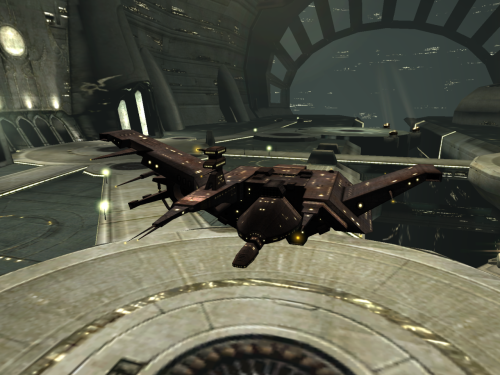 Then with the Trinity expansion Premium graphics became an option, with classic graphics going away completely with the Apocrypha expansion.  At that point the Caldari Raven Navy Issue looked like this. 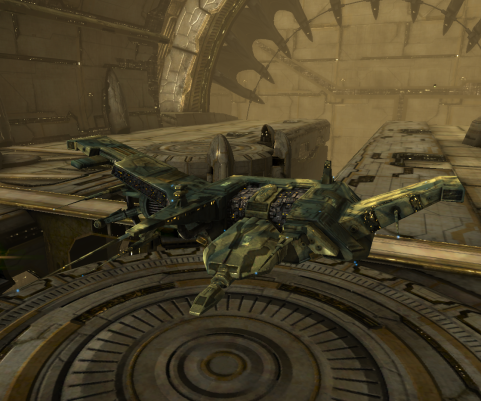 Now with the Crucible expansion, there is again a new look for the Caldari Raven Navy Issue. 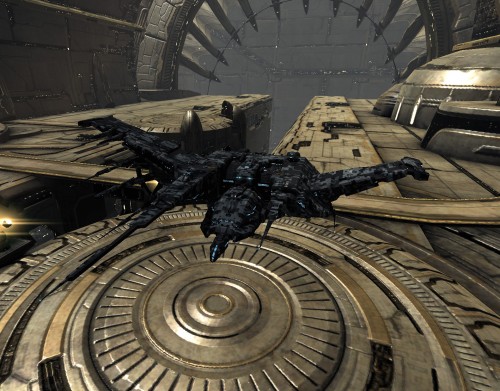 I think all three of those pictures were taken in the same station, though probably on different computers with different graphic settings.  But they are all the same ship, since I have had only one Raven Navy Issue.

Now the question is, which one looks best?

The original looks a bit awkward to me.  But a lot of the classic graphics models… especially the early ones… have that awkward feel to them.

I like the middle version, though I am not sure how practical what looks to be a jungle camo pattern really is in space.

And then there is the new, Crucible version.  The camo pattern is certainly more space themed, but it doesn’t seem to do the ship many favors when it comes to beauty.