“I have a great fondness for Electronic Arts – I still think they’re one of the best, most powerful and competent sales and marketing and distribution companies in the business.”

You will note that he doesn’t say anywhere that interview that EA can make a decent game.

In yet another interview over at EuroGamer (is that the only gaming site that will talk to him lately, or does he just have a “great fondness” for them as well?), Garriott de Cayeux continues to pour out his man-love for Electronic Arts in the hope that they will work with him by letting him use the Ultima franchise for his Ultimate RPG. 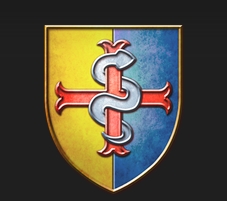 And, well, I am already two posts into this story, so why not carry on quoting for truth I guess.  I am sure that this will all seem worthwhile when I sum it up again in a year.

Unfortunately, according to Garriott de Cayeux, not everybody at EA is happy to see him.

“Electronic Arts is a big company,” he said. “There are some parts of the organisation that would love and embrace and clearly understand the logic of ‘wouldn’t it be great to work together on an Ultima’.

“So far we’ve not put a deal together, but of course, yeah, I would be very open to it.”

Ah well, life in the big leagues.  I am going to guess that maybe EA thinks that they have some RPG muscle in their BioWare division.

Still, EA is not the critical ingredient in this project.

I do have to admit that his message is a bit more focused of late after recently spending some time all over the map.  I don’t know who reigned him in, but good job on that!

Anyway, the interview goes on speak of a Minecraft-like development process, getting the game into the hands of players as soon as possible, being platform agnostic, and allowing for both synchronous and asynchronous player interaction.

Now if they could just hook up an RSS feed on the Portalarium site so I would get notifications automatically, all would be right with the world.

I wish I could say that there was a dramatic difference between the two games, the way SWTOR plays as it is starting off and the way SWG is plays in its dying days.  But for me, the two games seem remarkably similar.

It sure feels that old...

There are, of course, a wide range of solid reasons (if you’re a fan of either game) or lame excuses (if you are not) as to why the two games seem so similar.

SWG didn’t start that way, but got forced into that mold with the NGE, while BioWare’s claim to fame in SWTOR has been “story,” which entails hour and hours of watching quest text acted out on screen.  A winning feature for some, a waste for others.

But beyond story, SWTOR fits the mold of your standard issue, Diku inspired, WoW fearing MMORPG.

And so BioWare is probably even now sending out notifications to let people know who is getting into the first day of early access.

What, you thought they would let in just anybody?

So the MMO blogesphere will be full of first day stories.

I won’t be joining in on that.  I cancelled my SWTOR pre-order after playing in the beta.  Somebody is going to have to tell me how big that launch day patch ends up being.

I will, however, try to be logged in for the final minutes of SWG.

I have meant to log in and explore the game a little more before it goes.  But I really haven’t done much beyond the one weekend’s worth of exploration, which confirmed my “sameness” theory.

So on Thursday night I’ll be standing on Tatooine waiting for the end to come.

Maybe I’ll watch a few of the classic SWG trailers and think about what might have been.