Today sees the launch of EVE Echoes, the NetEase built mobile version of EVE Online.  CCP has a press release out announcing that the game has gone live. 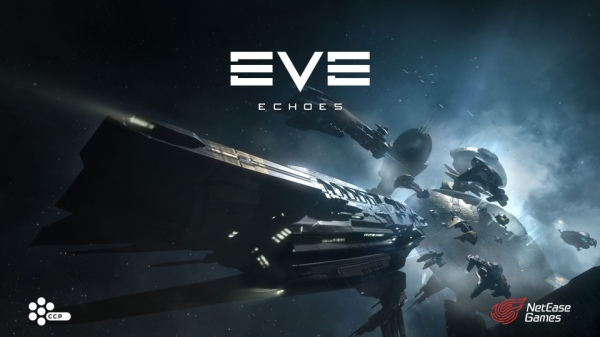 This launch brings EVE Online, or a facsimile thereof, to your iOS or Android phone or tablet.

The launch video promises a new way to experience New Eden, which is no doubt true.  (Also, is that Hilmar’s ‘rona hair or is he growing it out for a 70s revival?)

I signed up for the Alpha test early on and got to try it out.  My summary:  It is not for me.

I am not a big phone/tablet gamer to start with.  And a game as complicated as EVE Online, which is tough enough to play with a keyboard and mouse, does not lend itself to a mobile interface.  Or such is my opinion in any case.

I am sure that it will suit some people.  Lots of people apparently, as they are saying they have over five million registrations in advance of the launch.

Of course, it is a free to play mobile MMO based on an mildly famous/infamous IP, so there are no doubt a lot of people who simply want to kick the tires… and no doubt more than a few botters looking to get in early to start an illicit RMT business.

More interesting to me though is the thought of starting with a reset version of New Eden.  People have long be asking for a reboot of the game, a new server where everybody starts fresh.

CCP will never do this.  It would kill the game.

Unlike EverQuest or World of Warcraft, being on a single server is the life blood of the New Eden, and splitting that population could lead to the player world falling below a critical mass of sustainability.  There is a threshold below which the game fails to be able to support the specialization of roles we now enjoy.  Or so the theory goes.

But now there is a fresh version of New Eden being rolled out, one where everybody is going to start equal and new, with no huge skill point advantage, no piles of ISK, no T2 blueprint originals to give a production advantage, and no alliance tournament ships rattling around in hangars.

This is the reboot many have asked for.  Will they use it?

Will the game take off?  Will it draw players away from the original?

I know, it isn’t an exact duplicate of the PC version of the game.  It is quite different in many ways.  But it is still basically the same premise.  We shall see.

I will say that EVE Echoes certainly seems to have gotten to market more quickly than another NetEase mobile partnership, Diablo: Immortal, the status of which still seems vague.