As I mentioned, it is coming.

The Mittani sends… well… you know

The official announcement for Burn Jita 3 has been posted over at The Mittani… because The Mittani.

But the essential information is that it will start after downtime on April 25, 2014 and is slated to run through April 28… unless it gets extended… which is what happened last year.

The first Burn Jita blew up 518 billion ISK worth of ships and had everybody claiming victory, while the second passed the 573 billion ISK mark.

What will this year bring?

In partial fulfillment of Blog Banter #55, which fame in EVE Online.

The specific topic statement is:

Write about somebody who is “space famous” and why you hate/admire them, somebody who isn’t space famous but you think should be or will be, or discuss space fame in general, what it means, how people end up so famous, is there a cost of being famous in EVE, and if so, is it worth the price?

That is a pretty wide net.  You can go most anywhere with that one. 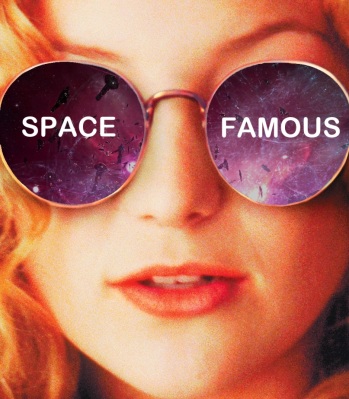 When I proposed this topic to Kirthi Kodachi back in September (*cough*) I actually had somebody in mind to write about, with a post mentally sketched out.  And then time passed, other monthly topics were proposed, and since I never bothered to write down my notes my post disappeared to wherever thoughts and memories fade to when they are gone.  Does science know what happens to the things I forget?

Anyway, another reminder to always write things down now.  I tell myself I’ll remember, and I never do.

But here we are, my topic has been picked up for the blog banter this month, so I figured I had best have something to say about it.

EVE Online is currently involved in ones of its measures of space fame, the elections for the 9th Council of Stellar Management.  You have just one more day to vote if you are a subscriber.

CCP tries to put a lot of emphasis on the importance of the CSM, to the point that you might legitimately question why would they would trust something of value to the whims of the player base?

Players are notoriously selfish and short sighted, as customers of any business tends to be.  As Henry Ford was purported to have said, “If I had asked people what they wanted, they would have said faster horses.”

Other MMO companies have official player advocacy groups, but they have always been cherry picked by the companies involved.  Turbine has been asking people to volunteer for its DDO and LOTRO player councils but they pick who gets on. SOE has had at various points throughout its history some sort of guild council or player advisory group, always by invite only.  Blizzard has solicited the input of major raiding guilds over the years, but you had to be a major raiding guild that got their attention.

So why does CCP go with a player election?

But it is the very nature of EVE Online that allows something like a player election.  The fact that the game really needs cooperation, which spawns corporations and alliances, builds bonds.  That it is a sandbox, where PvP is always an underlying aspect of what you do, makes your fellow player content, so you tend to know them or know who to avoid.  That travel can be long, annoying, and dangerous tends to keep people focused on “their” part of space, so they get to know their neighbors.

And the very difficult nature of the game, which seems disinclined to teach you anything beyond the most basic skills, means that new player have to seek the advice of others… both in-game and out… just to figure out how to get things don.

All of which leads to something like a community.

And I am not talking about the fractured mini-communities that spring up in a game like WoW, where you can pretty much ignore the people you do not like and live in a happy little bubble.  EVE Online is more like my neighborhood.  I know some of the neighbors well, some are good friends, some are wave-from-the-driveway acquaintances, and some are just jerks.  But they are all in my neighborhood so I make do, because I am not going to pack up my belongings, sell my house, and move to avoid a couple a block over that yells each other so loud that you can hear them with the windows closed or that guy with the circular saw that seems to think that 11pm on a weeknight is a good time to cut wood.  I have lived enough places to know that such things come with the living in any sort of community.

So, as I wrote before, when people talk about EVE Online having a horrible community, I often get the feeling that they are objecting to having a community at all.  And clearly some people like to espouse the ideal of community while being intolerant of actually having one, or having one that is anything beyond happy agreement on all points.  They don’t want any drama.  But frankly, drama is what happens when you put people together.  If you don’t have some drama, you probably don’t have a community.

And if you don’t want drama, that is fine.  Some people just want to play a game, hang with friends, and avoid all conflict.  This is recreation time, and sometimes you just want to relax.  But I am not sure you can go that route and then complain about a lack of community without looking like you don’t really know what community is.

Anyway, it is this stew pot of things that allows people to become known or famous in the EVE community.  And while there are people who are clearly infamous, I am not sure that is as cut and dried as some would make out.

The Mittani is space famous, primarily for being the leader of a large alliance in game.  You may not like him, but a lot of people do… or he would be running that alliance and accepted as the head of a coalition of alliances… so does that make him famous of infamous?

Likewise, you could make claims of fame or infamy for Gevlon.  He showed up in EVE Online and got noticed fairly quickly by injecting himself and his opinions into the community.  He rambled about doing various things, eventually deciding to become the nemesis of Goonswarm in high sec space.  I am not sure a lot of people like Gevlon… or that he cares really… but he has become a staple of the EVE community in something like a year of effort and is clearly space famous at this point.  Compare that to his years playing World of Warcraft, where I doubt he was known at all beyond a the blogging community and a small group of players on his server.  But why would he be?

In WoW you cannot really have an impact on other player if they do not want you to.  They can ignore you, move to a different zone or server or whatever.  EVE is much more like my neighborhood, for good or ill.  You get known for what you do, if you do anything at all.

And even in EVE, space fame doesn’t make you as famous as one might think.  There are always people moving into the game or who are fixated on their own little out-of-the-way corner of space who never really run across anybody else.  But the potential and ability to become space famous is one of the defining aspects of EVE Online, and all the more so because so much of what happens in the game depends on the actions of individuals which become the lore of the game.  You can become known to the community through your own efforts in a way you cannot in games like WoW or EverQuest or GuildWars 2 or whatever PvE focused game you choose name… or any randomly matched PvP game as well.

Which doesn’t make EVE Online better or worse than these other games, it just makes it different and gives it its own flavor.

Others bloggers writing about space fame in EVE Online for Blog Banter #55: