During the recent CSM summit Aryth, one of the representatives from the Imperium, brokered a deal to buy a Keepstar citadel in the system of 68FT-6.  Let me bring that system up on the DOTLAN map.

Yes, that is in Impass, and the system 68FT-6 is the capital system for the Circle of Two alliance.

In one of those great moments that happen from time to time in null sec politics, CSM member The Judge, who appeared on the Imperium ballot despite being in CO2, finally got fed up with the way GigX, the leader of CO2 was running the alliance and sold him out.

The Imperium ended up with a Keepstar… ISK well spent… so I guess it was true, we could work with him.  (It isn’t the first Keepstar that GigX has lost.)

Things have not gone well for GigX and CO2 since they betrayed the Imperium a year and a half back at the battle of M-OEE8 during the Casino war.  His immediate gains in territory were stripped from him once his erstwhile allies had sent us packing to Delve and he too had to head south to form up with TEST.

After acquiring space in the south things began to slowly deteriorate, both within the alliance and with neighbors, until things finally broke down with TEST, their closest ally, in late August.  Then war opened, with only a few siding with CO2.

And now this.  The Imperium holds their Keepstar and has a hellcamp setup to try to catch and blow up anybody trying to escape.  There is a temp blue situation with TEST so we can work with them on this. 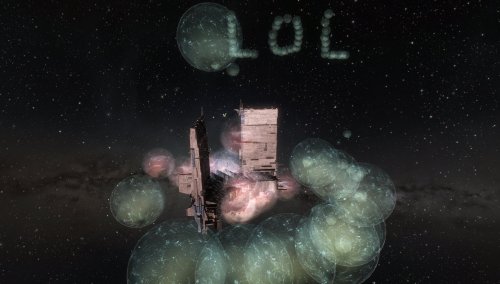 Meanwhile, TEST now controls all of the CO2 Fortizars, The Judge emptied the alliance coffers, and the line members have to be in a panic or looking for an out.  TEST has said they would accept corps and individuals from CO2.

This is going to take some time to play out, but I felt I had to put a pin in the date to remember when it started.  This could be the end for CO2.  It certainly seems likely to be the end for GigX, who was alleged to have threatened The Judge with an out of game visit and has reportedly been perma-banned for this.

Sources talking about what happened:

One of the most significant works of espionage in @EveOnline just went down. Goons write LOL in warp disrupt bubbles over captured enemy HQ pic.twitter.com/KKMhHvycMm

And so it goes.  I was going to write something up about today’s patch, but aside from new skills coming in for the moon mining update set for the upcoming Life Blood expansion, there isn’t much to talk about.  But now we have this instead!

13 thoughts on “The Imperium Buys a Keepstar”