No, I am not trying to trigger Syp.  Well, not just that anyway. 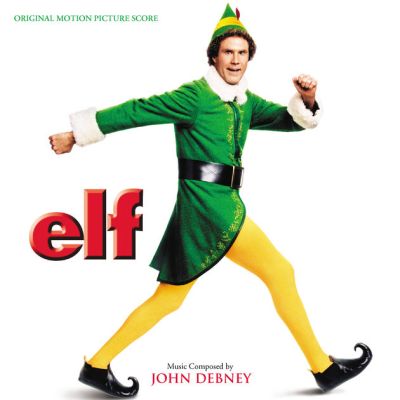 Any elf will do for our purposes…

Back in high school, a distance through time more easily measured in decades than years at this point, I took German as my foreign language.  I think the primary outcome of three years of the language is that my writing in English improved greatly.  One of those side-effects, you have to examine your own language in order to learn another one.

I think my greatest achievement in German was reading Catch-22 in the language, something that took me most of a summer, a copy in English, and my German-English dictionary.  Other than that, I retain very little of the language.  Enough to annoy my mother-in-law (who is German), catch the occasional bit of dialog in a movie, appreciate The Germans episode of Fawlty Towers slightly more, get that joke about the German novel where the last two chapters are nothing but verbs, and make a poor joke from a post title.

Anyway, the German word for “eleven” is “elf,” something endlessly amusing to a 13 year old boy, an age I have never fully ceased to be.  The title is a joke because I write about fantasy MMORPGs now and again… less lately than before… where the elf is a staple, and yet relevant because this is one of those anniversary posts… my eleventh.

I am clearly out of clever titles and amusing intros at this point.  Remember that anniversary post that was full of Soviet propaganda?  Or the one grounded in Winnie the Pooh?  Now I am hanging my hat on the fact that the German word for eleven is a mythical creature in English.  It’s all I’ve got, and I’m not even going to run with it.  I’m going to just break in the usual statistics for a bit and hope I can come up with something new to say before we get to the end of the post.

And from that we might as well get stuck into this.

In which I attempt to quantify what I have done here in the last twelve months.  The change over last year’s totals are noted in parentheses.

This is the first year of the blog where I wrote less than one post per day, hitting the publish button 24 fewer times in the last year than the year before.  That is about a month of weekday posts I did not do.  See the effect of MMO malaise?  Because, seriously, I didn’t take any long vacations or suffering from debilitating illness over the previous twelve months.  I just wrote less, something that generally happens when I am just not interested in a given topic, which in this case is my MMO hobby.

Still, the average over the full life of the blog is over a post a day.  And even 333 is more than a post every weekday, the goal for which I strive.  That would only net me about 260 posts so, while no Stakhanovite, I have exceeded my posting norm.  Not bad for an eleven year long streak.

One oddity in the stats above is the amount of space used by my uploaded images, which dropped precipitously since last year’s post.  For some reason WordPress.com reset my allocation last year.  Maybe it was a happy anniversary gesture.  Maybe it was a bug.  I suspect that nothing good will come of it and that some day I will log in and find every screen shot from 2006 through 2016 missing, having been deleted by some automated process.  But for now they survive.

Anyway, that is the basic gist of what happened here over the last year.  The remainder of the post is after the cut to keep the long list of mostly meaningless words and statistics from overwhelming the from page.  See you on the other side, should you choose to go there… or if you are looking at this in an RSS reader.

END_OF_DOCUMENT_TOKEN_TO_BE_REPLACED

During the recent CSM summit Aryth, one of the representatives from the Imperium, brokered a deal to buy a Keepstar citadel in the system of 68FT-6.  Let me bring that system up on the DOTLAN map.

Yes, that is in Impass, and the system 68FT-6 is the capital system for the Circle of Two alliance.

In one of those great moments that happen from time to time in null sec politics, CSM member The Judge, who appeared on the Imperium ballot despite being in CO2, finally got fed up with the way GigX, the leader of CO2 was running the alliance and sold him out.

The Imperium ended up with a Keepstar… ISK well spent… so I guess it was true, we could work with him.  (It isn’t the first Keepstar that GigX has lost.)

Things have not gone well for GigX and CO2 since they betrayed the Imperium a year and a half back at the battle of M-OEE8 during the Casino war.  His immediate gains in territory were stripped from him once his erstwhile allies had sent us packing to Delve and he too had to head south to form up with TEST.

After acquiring space in the south things began to slowly deteriorate, both within the alliance and with neighbors, until things finally broke down with TEST, their closest ally, in late August.  Then war opened, with only a few siding with CO2.

And now this.  The Imperium holds their Keepstar and has a hellcamp setup to try to catch and blow up anybody trying to escape.  There is a temp blue situation with TEST so we can work with them on this.

Meanwhile, TEST now controls all of the CO2 Fortizars, The Judge emptied the alliance coffers, and the line members have to be in a panic or looking for an out.  TEST has said they would accept corps and individuals from CO2.

This is going to take some time to play out, but I felt I had to put a pin in the date to remember when it started.  This could be the end for CO2.  It certainly seems likely to be the end for GigX, who was alleged to have threatened The Judge with an out of game visit and has reportedly been perma-banned for this.

Sources talking about what happened:

One of the most significant works of espionage in @EveOnline just went down. Goons write LOL in warp disrupt bubbles over captured enemy HQ pic.twitter.com/KKMhHvycMm

And so it goes.  I was going to write something up about today’s patch, but aside from new skills coming in for the moon mining update set for the upcoming Life Blood expansion, there isn’t much to talk about.  But now we have this instead!