We’re around the horn and well into the back stretch of this war lasting a full year.  All we have to do is make it to July 5th and we’re there.

This past week saw PAPI offer the “Silk Road” exit plan for Imperium members looking to exit the war and extract their capital ships safely.

The claim is that one Imperium pilot has already moved a faction titan out of the war zone, though it almost died along the way because PAPI wasn’t communicating well enough to cover safe passage.   This offer is akin to the Golden and Silver ticket offers that the Imperium offered PAPI members when their titans were trapped in M2-XFE and seems about as popular.

This led to a parody offer from low sec appearing on Reddit shortly thereafter.

There was plenty of time to contemplate offers and write parodies because the actual war has largely devolved into a series of structure bashes.  In Delve (and Querious) that has meant PAPI getting some more high profile Keepstar kills in systems they were able to cyno jam to prevent Imperium capitals and supers from intervening. 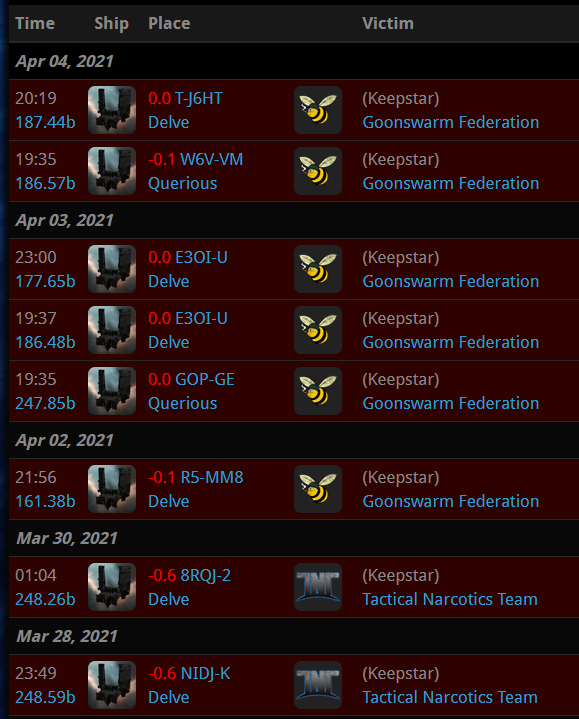 Meanwhile, the Imperium has been racking up its own tally of structure kills in the territories that Legacy Coalition abandoned, Catch, Immensea, and Impass.  There haven’t been any keepstar kills yet there, but there are a few on the menu that Legacy will either have to let die or move to defend.

PAPI has reiterated their desire to burn down the Imperium capital in 1DQ1-A once they get done with bashing structures outside of the O-EIMK constellation… which could take them a while. 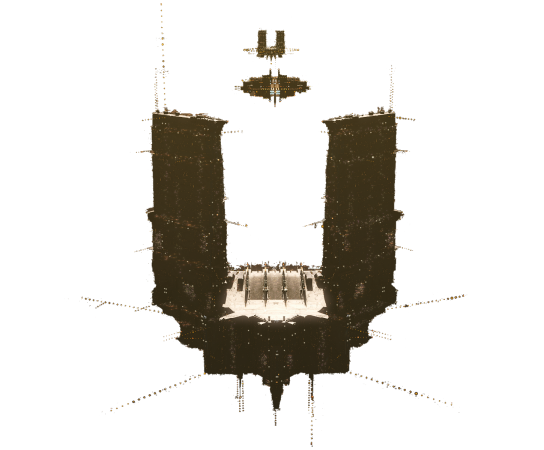 Meanwhile, The Mittani called for an increase state of readiness in case PAPI does decide to assault the Imperium capital.  Members of the coalition were asked to stock up on ships likely to be uses in a defense of the constellation, to make sure that fittings on dreads, carriers, faxes, supers, and titans were up to date, and that people had bookmarks setup for various locations in the constellation that could be useful if a fight develops.

The ihub in 9O-8W1, which had been unclaimed for a while, was picked up by Already Replaced, so I can’t just re-use the previous map this week around. 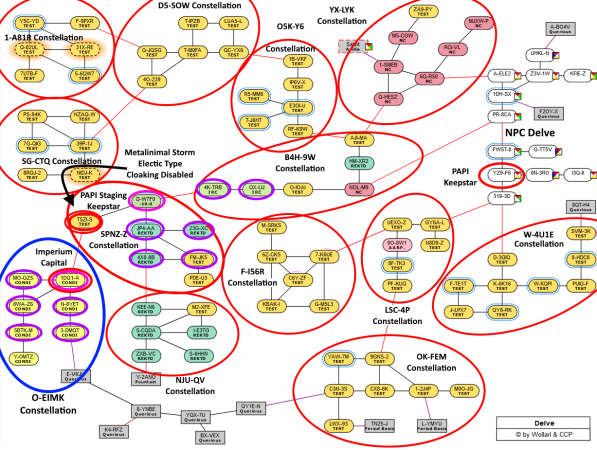 I also had to update the map because the metaliminal storm that had wandered off towards Fountain, reversed course and headed back into Delve again, and was centered in T5ZI-S as of yesterday.  Being an electrical type storm, systems affected (highlighted in shades of purple) do not allow cloaking.  This storm covering most of the Imperium capital constellation, it is something of boon for the Imperium, as it means that cloaky camping eyes have to stay logged off or get scanned down.

The battle over ihubs is over now in Catch, Immensea, and Impass, so I feel freed from having to post maps of those regions for now.  These former Legacy Coalition home regions were no longer being defended and the Imperium and its allies have been blowing up structures without opposition.

Likewise, the situation in Querious appears to be settled for now, with Brave, Severance, Sentinel Dawn, and TEST holding most of the ihubs.

The only hot spots in the war outside of Delve… which isn’t all that hot of a spot right now… are Esoteria and Fountain.

In Esoteria The Bastion and its allies have been in a back and forth struggle with Army of Mango and Evictus over the remains of TEST’s holdings in the region. 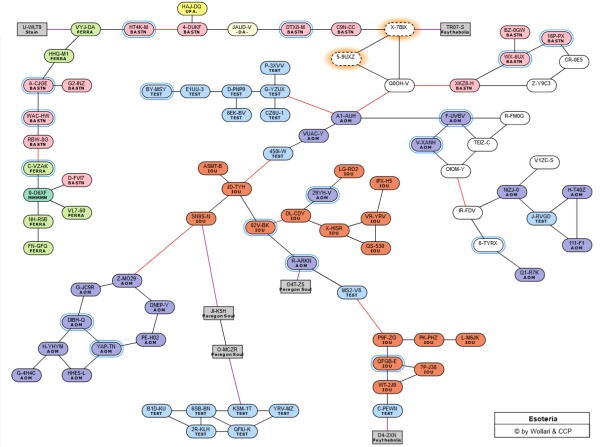 And then there is Fountain, where Federation Uprising continues to push into the region, taking ihubs from The Initiative and Siberian Squads, both of whom have been busy elsewhere. 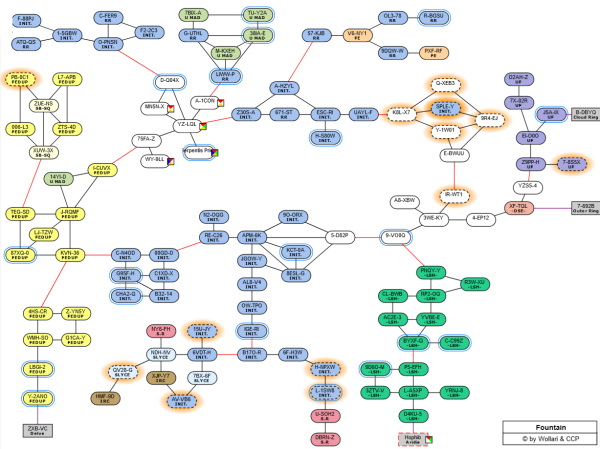 I responded to a few op pings, undocked once, and neither had to rep nor fire a shot in anger as the enemy had run back to their staging by the time we were pointed their way.

I did get my monthly dividend payment from the Imperium war bonds I purchased.

There is a notification for that now

I spent that… 41 million ISK… and about 2 billion more stocking up on some ships for the coming battle.  2 billion ISK doesn’t go as far as it used to.  The rise in mineral prices and the scramble to buy things before CCP implements their next big change has found its way down the supply chain to me.

Anyway, as such my losses for the war remain unchanged this week.

CCP launched The Hunt event, which includes Guristas sites to run, login rewards, and the usual round of sales promotions. 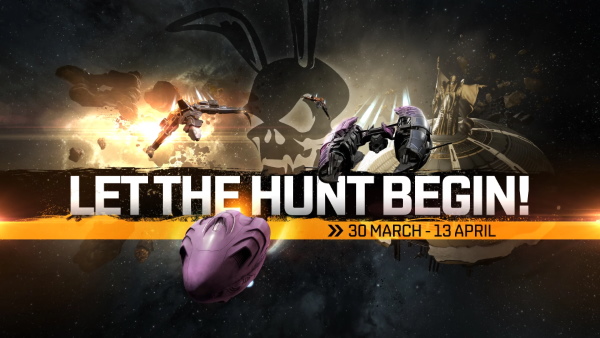 That has another week to run, so you still have time to start logging in to collect the daily rewards.

Then there was April Fools where CCP did a bit of knife twisting.  For as long as I can remember… which honestly isn’t all that far back at my age… people have been asking for a low sec gate connection to the Stain region, which is otherwise an NPC controlled null sec area that is farmed for LP for implants and BPCs.  To get to stain you have to run what has been at times a pretty well camped gauntlet of systems in Catch.  CCP decided to yank the chain of those who have been asking for a low sec route into the region by announcing the gate on April Fools. 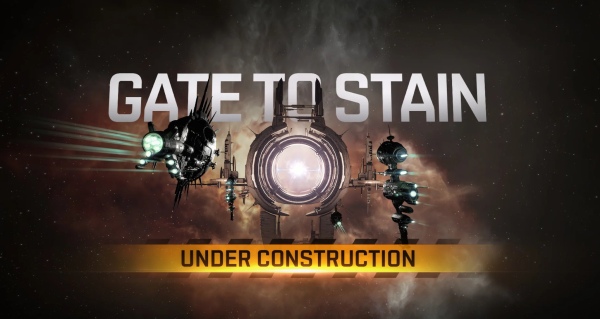 No gate for you

The Stain Russians are once again thwarted.

Meanwhile, the peak user count for the week settled back down a bit.  With an event going on there is often a bit or a spike in the count, but this week a fight didn’t break out right at the usual peak time of the day to help goose the numbers a bit.