In which we explore the musical question, “Do I have enough skill points yet?”

The answer is clearly, “No!”  At least not yet, not in a world where there are more sub cap related skills to learn and where Asher comes up with new doctrines that are helped by having skills to level 5.

And so it goes.  I have two other characters on my main account who are starved for skill points… I threw a skill injector at one so he could at least run a cyno… while Wilhelm Arcturus, my main, continues to keep a training queue that is two years deep.

Anyway, the story of Wilhelm’s skill point progression so far.

And now he is at 180 million, seven months after the last post, right on schedule.

Actually, he hit 180 million about a week and a half ago.  But this is one of those posts that can sort of go as I have the time, so long as it still lands in the same month.  I had other things to write about over the last week or so, enough other things that I doubled up daily posts for a couple of days and I still have a few topics in the “catch up before it is too late” bin.

Anyway, this is my skill point distribution as of when I pulled the numbers for this post.  Categories that saw a change in skill points are marked with an asterisk.

Of course, there is Spaceship Command up at the top still.  And, as usual, it saw the bulk of the new skill points show up, getting almost 8.5 million of the 10 million new skill points.

Probably the biggest addition there was training up to Command Ships V.  I can now fly a boosting ship like the Damnation and, with the right implant, provide the best possible fleet boosts. 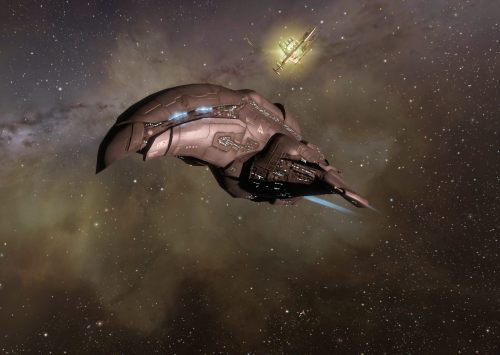 Of course, there is the question of how often I might do that.  I fit out a Damnation for the Reavers deployment to H-ADOC and flew it a few times there.  But then we got back home and the fit for main fleet is different and I had the Armor boosting implant and fleets seem to want the Information Warfare implant, so I either have to destroy an expensive implant to swap or manage clones carefully.

Clone management is easier with Citadels, if you have one handy that is set up for it, but I am also running out of extra clones to hold implant sets.  Asher has implants required for some doctrines, so I have a number of clones tied up with various implant sets already.  Life is complicated.  Poor me.

I also hit Interdictors V, just to have that handy, as well as Minmatar Strategic Cruiser V, because it sounded like the Loki might be the coming thing after the T3 revamp.  But I haven’t flown one yet.  I also tossed in Marauders due to a rumor that there might be such a doctrine, and Mining Frigate V, because it was a short train, picked up a couple of sub caps I couldn’t fly, and was at a time when I wasn’t burning to train something else.

After Spaceship Command I did invest a little time in Missiles.  With Defender Missiles becoming a thing after so many years, I trained those up a bit.  I also racked up a couple levels of specialization for missiles types, since we now fly a couple of missile doctrines.

Subsystems, the subsidiary skills for strategic cruisers, went up some despite the fact that CCP removed four of the skills, one from each empire, and refunded the skill points. (Which I put into Command Ships V, which took a few days off of that.)  However, with what seemed like enthusiasm for the Loki, I trained all the Minmatar subsystems to V and made sure I was at IV or V for all the skills for the Legion and the Proteus.   The net result was that the total skill points in subsystems went up.

I also trained up to Command Center Upgrades V under Planetary Management to give me enough power/CPU to run an extra extraction head on some of my planets, since there always seems to be an imbalance in the two resources I am harvesting.  Now the lower output resources gets an extra extractor.

And, finally, I started training up scanning.  My alt is all level V in scanning and I have gotten used to having that sort of ability handy, so now I want to duplicate it on my main.  This always happens, I get something on one and want it on the other.  I actually have a list of skills in my queue that I want to re-spec for, including scanning, once I am done with a couple more Spaceship Command skills.

Oddly, for the probably the first time in the history of these posts, I ended up with the same number of skills two posts in a row.  I had 338 skills last time and I have 338 skills this time.  Of course, that must mean that I trained four new skills as CCP took away four skills.

Anyway, this is how my skills shake out by level trained.

190 skills at level V puts me up 8, while 98 at level IV is an increase of 17 skills at that level.  I rounded up a few level II and III skills it seems since last time.

And speaking of last time, at the one hundred and seventy million mark I noted that I was in danger finishing up my benchmark metric of being able to fly all of the sub caps.  Last time I only had the Endurance and Prospect mining frigates, the Occator and Viator Amarr transport ships, the Loki strategic cruiser, and Marauders.  I can fly all of those now, which I think means I can fly all the sub caps.

Everything else on the Spaceship Command list is related to capital ships.  I suppose I could fantasize about flying all the capitals, but that seems a bit silly… and expensive.  Training up the Jump Freighter skill might be useful, since I have Caldari Freighter trained up already as well as the Navigation skills related to capitals.  That would give me the Rhea.

Maybe Spaceship Command will stop growing so much every time.  After I get the two remaining strategic cruisers to V, what else will I need.  Marauders IV maybe.  But after that, do I really need, for example, Black Ops V?

I suppose we’ll see when I hit 190 million skill points, which ought to come around some time in March of 2018.  And if you’re just dying to see what skills I have trained, you can see them all here.